An Encore Salute To The Untold Stories Of The Working- Class 1960s Radicals-“The Sam And Ralph Stories”- Down With The Death Penalty-For The Innocent-And The Guilty-Where Was The Ma. Committee Against The Death Penalty and Amnesty International On Judgment Day!

Posted by american left history at 6:57 PM No comments:

Sid Lester had often wondered whether Lena, Lena of the Caffe Lena, the small coffeehouse that weaned many folksingers in the days when such activity was on deck, in the time of the now fabled early 1960s folk minute, now too but she the grey eminence had long gone to the shades and so that is not her bother had ever gotten to the Mendocino of her dreams and the song that the McGarrigle Sisters had reportedly written for her when she dreamed the dream of West Coast dreams. This was no mere academic question since Sid was asking it not only to himself but to his lovely companion, Mona Lord, who was accompanying him just that moment on the Pacific Coast Highway about fifty miles from that very spot, from the Mendocino of his dreams if not hers (but probably about three hours away given the hairpin turns that he increasingly hated to take along some very treacherous stretches of that beautiful view highway having almost gone down an un-guard-railed embankment to the ocean around Big Sur a few years back).

It was not like Sid had not been to the dreamland before, having made the trip up from the fetid seas of Frisco town (fetid in comparison to the Mendocino white-washed breakers eroding the sheer rock at a greater rate than he would have expected) a number of times mostly with his old time now long gone to “find herself” Laura, Laura Perkins whom he had talked into going up those several times based on nothing more than that he liked the song. Liked too that she, Laura liked it as well and would cover the song anytime she could find somebody to do a duo with her at “open mics” and features depending on how she was feeling. Mona having heard the song exactly once (she didn’t like the fact that Laura had liked the song and had been to Mendocino before she had and so would not listen when Sid tried to play it on his car CD player as they got closer to the place). Moreover she was reserving judgment on the relationship between the song and the place.

And that last point, the point for Sid anyway, was exactly how the song and the place connected. Was the real source of his wonder about old Lena back in the tired old East. Did she long like he had to be done with Eastern pressures and pitfalls. To stop worrying about where the money would come from for rent, to pay the utilities, hell to pay the performers and stop them from having to play for the foolish “basket” like when they  had just started out on some forlorn street in Cambridge , Berkeley, Ann Arbor, Old Town or the Village. Stop all of that and head West, head to South Bend for a minute, head over the Rockies and suck in the breezes of the new land, of the new dispensation. Yeah, he bet though that she never got to the West, never could leave her cats, never could get that café out of her system, would probably fret even if she only went out for a week or so.

Posted by american left history at 5:29 PM No comments:

Thad Lyons comment: I was crazy for abstract art when I was a kid and that genre was fresh with guys like Jackson Pollack breaking through the last vestiges of representational art which dominated Western art for a few precious centuries. Then that movement kind of turned on itself, or maybe better, ran out of steam once one could not tell a piece of art work from the walls which surrounded the picture. Frank Stella put himself front and center of some new energies when he took that basically sound abstract art push away from representational art and brought back form, forms geometric and curvilinear to tell his stories in paint. Not all of it worked, some of it left the viewer bewildered but some of it pushed art forward when things looked tough. 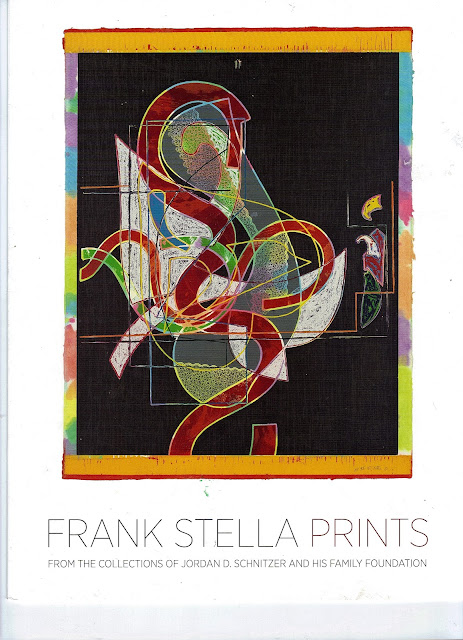 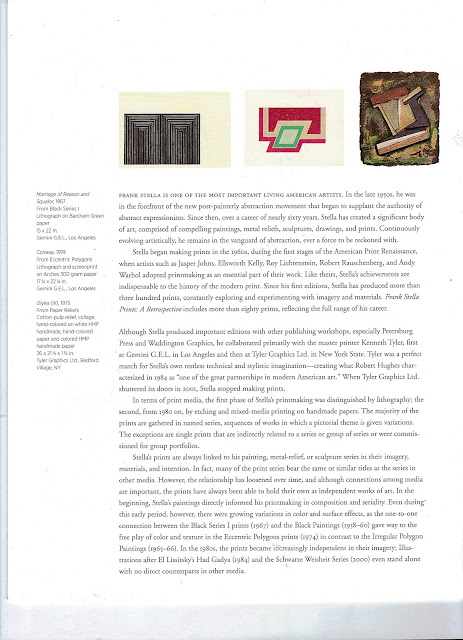 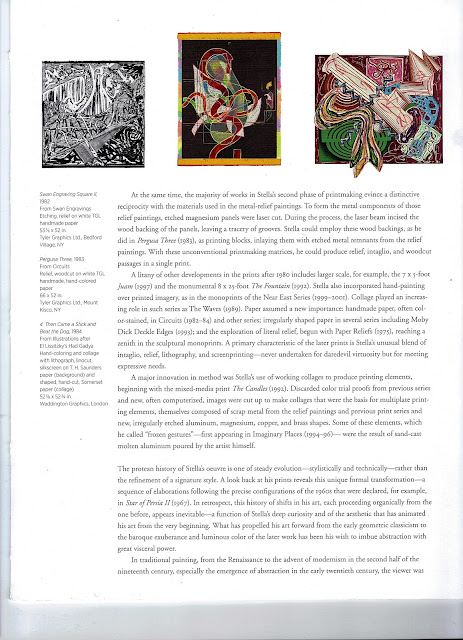 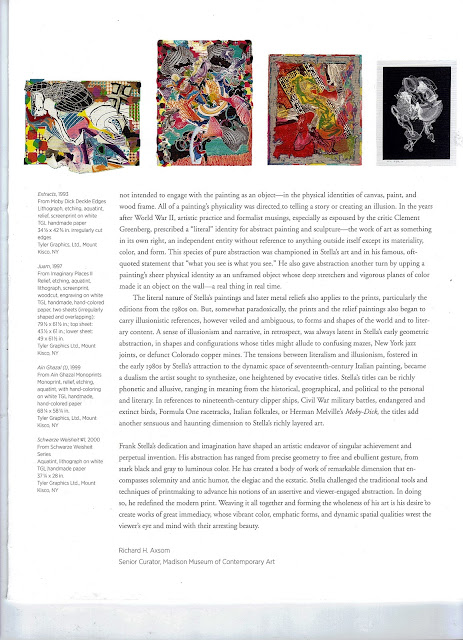 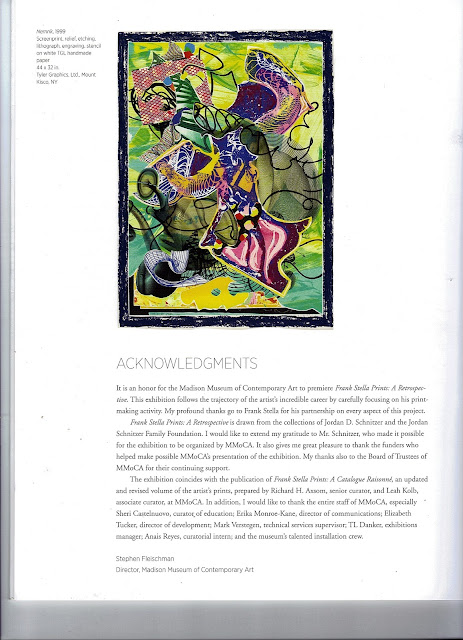 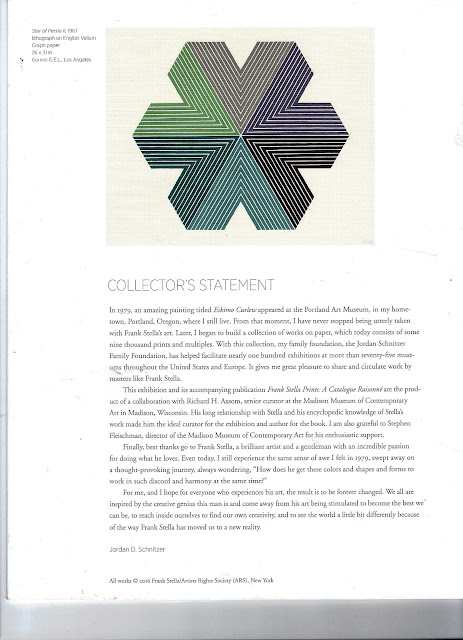 Posted by american left history at 5:22 PM No comments:

Hoping you can answer this: what’s your favorite of Bernie’s bills? Bernie Sanders for President

Hoping you can answer this: what’s your favorite of Bernie’s bills?

Alfred -
One of the main reasons everyone trusts Bernie to fight for working people in the White House is because he always has.
His positions on the issues are not positions he just arrived at recently. And in many instances, he wrote the damn bills on them.
So we want to ask:
Take our short poll: tell us which of Bernie’s bills are your favorite. This will be fun and important information to share with him tomorrow.
Here are some of the bills: 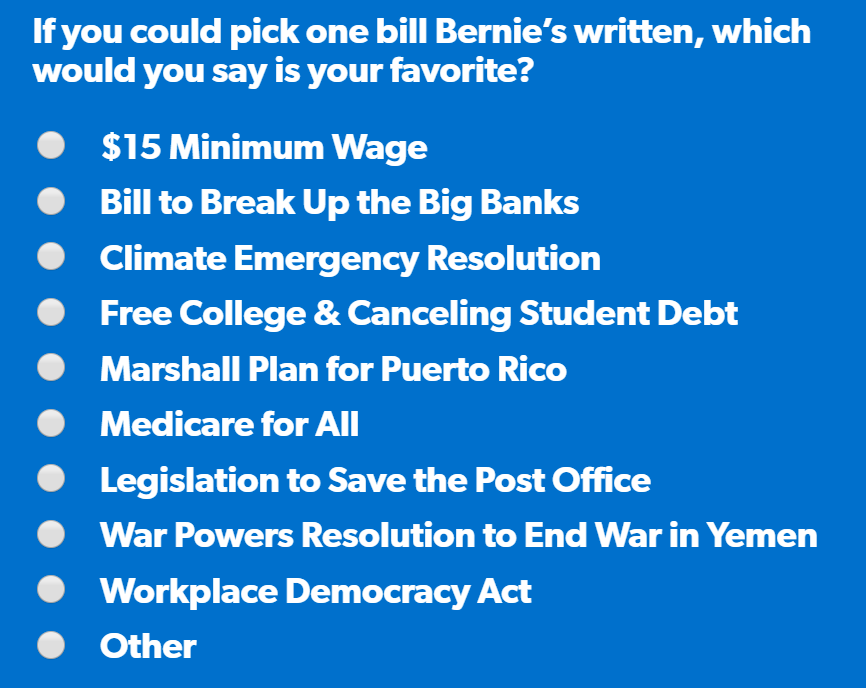 Which of these is your favorite? Take the poll:
https://act.berniesanders.com/go/bernie-bill
Thanks for sounding off. Your feedback here is pretty important — not just as a sign of appreciation for Bernie’s lifetime of work, but to help us as we focus our messaging going forward.
All my best,
Faiz Shakir
Campaign Manager
TAKE THE SURVEY

PO BOX 391, Burlington, VT 05402
This email was sent to alfredjohnson34@comcast.net. If you need to, unsubscribe here. You can also sign up to receive fewer emails. We hope you'll stay, because emails are such an important part of how we organize and how we raise money. In fact, there is no single greater source for our campaign's fundraising than emails like this one. And that's important, because no one person, not even Bernie Sanders, can take on Trump and the billionaire class alone.
Before you go about the rest of your day, help power our fight against the billionaire class by making a contribution today.
Submit this form to update your contact information.

Posted by american left history at 5:19 PM No comments:

Posted by american left history at 5:18 PM No comments: