On The 50th Anniversary- The Vagaries Of The Summer Of Love-“Janis Joplin: Little Girl Blue” (2015)-A Documentary Film Review

On The 50th Anniversary- The Vagaries Of The Summer Of Love-“Janis Joplin: Little Girl Blue” (2015)-A Documentary Film Review

Janis Joplin: Little Girl Blue, a documentary about the life and times of blues singer Janis Joplin and the San Francisco rock and roll scene in the 1960s which nurtured her talent, 2015

On more than one occasion the now retired film editor in this space, Sam Lowell (still carrying the baggage of emeritus for all the world to revel in), would point to the fate of the Three Js as the price those of his generation what he called the Generation of ’68 for the decisive year in that turbulent time had to pay for that little jailbreak out that the better part of youth nation was trying to turn the social norm. The Three Js-Jimi Hendrix, Jim Morrison and Janis Joplin crashed and burned just when their stars were burning brightest and in a sense their fates wrapped up what many considered the ebb tide of those times when the slogan of the day was “drug, sex, and rock and roll” was followed by the slogan in the end “live fast, die young and make a good corpse.” Tough stuff to think about some fifty years later when evaluating the residue effects of those times on what ugliness is currently going down in America.

The film, really a documentary, Janis Joplin: Little Girl Blue, details the life and times of the third in the trilogy. Goes, as such bio pic usually all the way back to her growing up days in Port Arthur, Texas and gives us a picture through film clips and “talking head” interviews (standard in this kind of film so nothing untoward intended) of , well, Janis Joplin becoming blues singer extraordinaire Janis Joplin. Usually that look back to the roots is perfunctory, glancing at the early age when a celebrity showed promise. But the lookback in Janis’ case where she did not begin to shine until late teenage times gives a much better insight into the negative aspects, the harassment and taunts from unfeeling classmates neighbors and of her growing up that would follow her down the garden path for all her tragically short celebrity life.

So nothing at first pointed to Janis becoming a blues star except a serious bout of loneliness and harassment growing up giving her plenty of personal blues which later she may have been able to feed off of when in performance. At a steep price as it turned out. All she knew was early on that she had to leave Texas and her family behind. There were many false starts including some early time in San Francisco trying to work the budding folk circuit. All she got from that was habit for drugs, for evil heroin above all. And shipment back to Texas.

Then something happened, something she was able to grab onto when she returned to Frisco in the early stages of the Summer of Love. A new sound was being born under the sign of a particular Frisco beat and sensibility. Janis was able via contact with a group of young “hungry” musicians, Big Brother and the Holding Company, to make a big imprint of the scene. That combination of singing, shouting, screaming from a white girl found a home in the trendy, trend setting Bay Area (one black commentator/band member though she was black before he saw her in person). All you have to do is look at the whole series of poster art concert announcements which have been exhibited at the de Young Museum in its celebration of the Summer of Love to know that she and the band made every important concert in the area over a few year period. Decisive was the Monterrey Pops Festival (as it was for other up and coming performers as well) where she blew the house away.

Eventually Janis broke with the band, with Big Brother probably a bad career move, and moved on to her own career as a solo artist. (In an interesting take one rock critic argued that she should leave the band after she did called on her to come back but that has more to do with fickle critics than career moves) And gained even more fame. Gained headlines and magazine covers. But the pain of that deep-seated Texas hard winds, that blue norther pain, never let her be and in the end the “fixer” man did his evil work and she fell through the hole at 27 in 1970.

During the one hour and forty-five minutes of the film though you get to know why she was an icon of the Summer of Love that dwindled into the dust some fifty years ago. Why she brought a new sensibility to rock and blues. Watch this one to remember what it was like when women, men too, played rock and roll for keeps. Whatever the price.
Posted by american left history at 6:28 PM No comments:

Posted by american left history at 3:00 PM No comments: 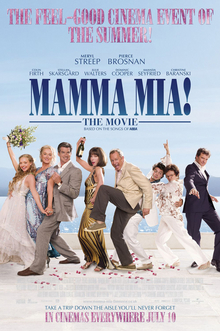 Posted by american left history at 2:22 PM No comments:

Will The Real Bond, James Bond Stand Up-Once Again On The War Of Words About The Man-And The Legend-With “On Her Majesty’s Secret Service” (1969)-A Film Review

Will The Real Bond, James Bond Stand Up-Once Again On The War Of Words About The Man-And The Legend-With “On Her Majesty’s Secret Service” (1969)-A Film Review 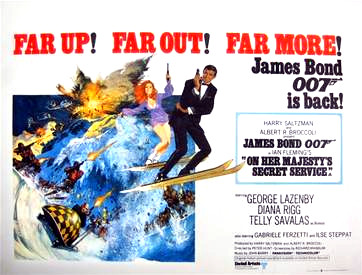 Click on the headline to link to a Committee For a Mass Party Of Labor Website entry.
Posted by american left history at 7:06 AM No comments: 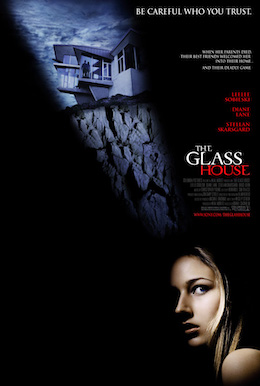 To be honest with you I think this scary psycho-thriller genre has been overplayed, has lost its ability to scare if that was the intention. That seems to me to be the case with the run-up on this latest thriller The Glass House that Greg Green threw at me since I was next in line to do one because it had been a while and Greg didn’t want me to go stale or something. I don’t know if there are any socially redeeming qualities to the psycho-thriller genre so I don’t feel any compulsion to add some weight by placing it in some outlandishly overrated cultural context. Let’s call it pure entertainment for a day when things didn’t go too badly at the office, school, golf course or whatever your social activity had been and can stand the weight of whatever some holy goof of a screenwriter decided would play in Peoria, or Pasadena which is probably more likely as an audience response testing site.

World weary teenager Ruby, all aflutter with the cares of the day to day existence of high school manias and getting through the day to hit the Valley Girl night comes up short, has to grow up really very quickly when her parents died in what turned out to be a mysterious car accident. That left her and her seriously holy goof brother Rhett with a ton of dough and no home. Enter Terry and Erin Glass and hence the film title, ex-neighbors of the family in the Valley who hit some dough and moved to the swanky districts of ocean view Malibu and a glass-encased house, or maybe that is the reference in the title. Who knows and in the end who cares except a lot of craziness goes on in that swanky house. The Glasses are deemed to be worthy of taking care of the kids and so that starts the ball rolling. But sharp Ruby full of angst, alienation and teen hubris (not to be confused with real hubris like from the actions of the Greek gods) begins very early on to suspect that not all is right with this picture. Helped of course by the foolery of Terry and the aid of junkie Erin.

We are then taken on a roller coaster ride of twists and turns to what we already know, since Ruby is our indefatigable guide, that these people are frauds, are up to their necks in treachery (and Erin dope) and that in the end Terry and Erin will one way or another take the big step-off for their sins, mortal and venial. Will learn the hard way what comes to mind from the film’s title-people in glass houses should not throw stones-or something like that. We begin to learn that lesson, begin to learn not all is right in sweet paradise Malibu when dear sweet Ruby finds out that their old life is kaput, no more private schools, social activities as they are basically entombed in the glass cage. Reason: simple-Terry is up to his eyeballs to loan sharks and Erin, who in the end will commit suicide has nothing but a slow death junkie’s lament going for her.

Along the way Terry tries to not so subtly seduce the winsome Ruby, attempts to kill her and her brother by various means, gains some reprieves from assorted social welfare agencies by ruse and fancy-footwork, runs afoul of the mob’s “repo” men and in a final confrontation Ruby wastes the wastrel Terry via a good kick in the police car butt. Maybe after twenty years of therapy and some serious forget drugs these kids will be able to sleep at night again without the nightmares but as we leave this scene I would not count on it. No way. Now way would I call this a great thriller by any means and the thing would not be unwelcome as yet another example of the overkill of the genre. Too bad.

Posted by american left history at 5:39 PM No comments: