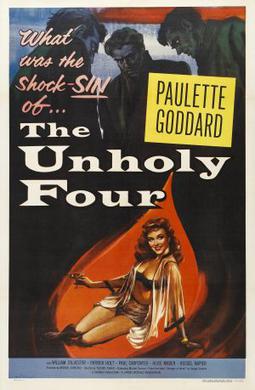 In my long career in the film reviewing racket, a profession if you will which is overall pretty subjective when you think about it, I have run up against all kind of readerships and readers but my recent escapade with one reader takes the cake as they used to say in the old days. As the headline above indicates I have been doing a serious of reviews of B-grade film noirs by the English Hammer Production Company from the early 1950s. A B-grade film noir is one that is rather thin on plotline and maybe film quality usually made on the cheap although some of the classics with B-film noir queen Gloria Grahame have withstood the test of time despite that quality. I contrasted those with the classics like The Maltese Falcon, Out Of The Past, The Big Sleep, and The Last Man Standing to give the knowledgeable reader an idea of the different. In the current series the well-known Hollywood producer Robert Lippert contracted with Hammer for a series of ten films which would star let’s say a well-known if fated Hollywood star like Dane Clark or Richard Conte as a draw and an English supporting cast with a thin storyline.

I had done a bunch of these reviews (minus a couple which I refused to review since they were so thin I couldn’t justify the time and effort to even give the “skinny” on them) using a kind of standard format discussing the difference between the classics and Bs in some detail and then as has been my wont throughout my career giving a short summary of the film’s storyline and maybe a couple of off-hand comments so that the readership has something to hang its hat on when choosing to see, or not see, the film. All well and good until about my five review when a reader wrote in complaining about my use of that standard form to introduce each film. Moreover and this is the heart of the issue she mentioned that perhaps I was getting paid per word, a “penny a word” in her own words and so was padding my reviews with plenty that didn’t directly relate to the specific film I was reviewing. Of course other than to cut me to the quick “penny a word” went out with the dime store novel and I had a chuckle over that expression since I have had various contracts for work over the years but not that one. The long and short of it was that the next review was a stripped down version of the previous reviews which I assumed would satisfy her complaint. Not so. Using the name Nora Charles, the well-known distaff side of the Dashiell Hammett-inspired film series The Thin Man from the 1930s and early 1940s starring William Powell and Myrna Loy, she still taunted me with that odious expression of hers. (By the way one of the pitfalls of citizen journalism, citizen commentary on-line is that one can use whatever moniker one wants to say the most unsavory things and not fame any blow-back.

Here is the “skinny” on the film under review The Unholy Four (released in England and on the continent as A Stranger Came Home which as usual in this series is closer to the nub since in fact a stranger does come home to face all kinds of hell) in any case as is my wont and let dear sweet Nora suffer through another review-if she dares. Four guys, four rich guys not of the nobility in England anyway, took a trip not shown trip to Portugal and only three came back. One guy vanished for four years and as the film opens up he shows up unannounced one party night. The guy, a guy named Phil, had this dishy wife, Angie, played by fading American screen star Paulette Goddard the first female fading star in the series which as mentioned before jacks up the film more than if there were only English nobodies playing the roles, who the other three guys on that fateful trip were in varying degrees interested in. Our man Phil, kind of a chain-smoking cuckoo, was waylaid by one of the three guys and he is well enough now to go the distance to find out who fucked him up enough that he lost his memory and is now seeking revenge-or at least answers to what happened to him and to his wife.


Problem, big problem, or really two problems one of the three guys winds up very dead the night Phil comes back home and guess what he is built to specifications to be the fall guy, to take the big-step off since everybody in their set knew that dead guy was crazy for Angie. Still the peelers don’t have enough evidence to throw him in the slammer and throw away the key. That second problem is that Phil is not altogether sure that good-looking if faded whorish Angie wasn’t playing footsie with one or more of the guys while Phil was lost in the rain out in Lisbon waiting with Victor Lazlo for some airfare to the States. She has a hell of a time trying to persuade Phil and the coppers for a bit that she did rub the dead man out. With only two guys left though Phil honed in on the killer and his lamester reasons for bopping Phil and killing the other dude. Phil lays the dude down and he and Angie head off into the sunset or something like that. For a while the film took turns like a real thriller but the dialogue and the wooden acting by the Brits (and by faded Paulette too) make this thing a holy goof. Despite the come hither title and the titillating advertisement poster (see above) for the film this one fades away on its own dead weight. B-noir but seriously B not heading to classics-no way.
Posted by american left history at 4:08 PM 1 comment: