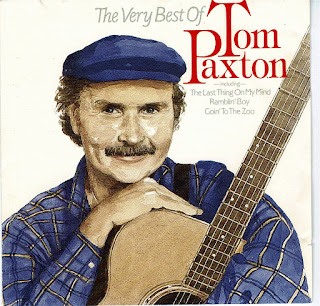 Eric Long didn’t know exactly how it had happened, didn’t know how the whole blessed thing fell apart after so many years together. Didn’t know that his sweetie, his “sweet pea” his pet name for her, his Mona, was so radically dissatisfied with their lives together the night that she laid out her future plans, future plans that did not include him. Had to take some journey of discovery to find her spiritual being Mona called it. He could never quite figure out what she meant by that since the “spiritual,” that New Age business that she lived by and for and he was leery, very leery of, was totally foreign to the way he operated in the world, the world of hard-boiled radical anti-war politics and taking heed, being guided by in fact, the notion that this was a dangerous world and watch out, watch your back (and she fragile and defenseless against the villains watch her back as well, maybe watched it too much and smothered her ability to breathe on her own). Could never quite talk the same language with her on those issues where to use an expression that she had come to use more frequently to describe their relationship of late they were like “two ships passing in the night,” could never get the idea that she was drowning in some Mona-made sea, that she was unsure of her place in the sun, and worst of all not sure of who she was. For him who knew exactly what he was about, well, maybe not exactly as it turned out but at least for public consumption he appeared to be driven by a set of specific tasks and orientations and so could not follow her on that path she has set for herself.

Funny the night in question was their “wine date” night, a time they had established a couple of years before as a way to be together and share whatever there was to share, usually day to day stuff and not such a decisive split. That too had been predicated on a prior series of misunderstandings and falling apart that was only staunched for that precious moment by his willingness to join her in couples counselling (That “willingness” subject to his understanding that he was under the gun and that if he had not done as she had asked then that first lowering of the boom would have been the last and they would now have been separated for about two years now.)
Although at first he was as leery about this process as he was about the more outlandish and bizarre New Age therapies he actually had come to as he called it see that this was significantly different from what he had expected and had embraced the process whole-heartedly what he called “being in one hundred per cent” (they had unsuccessfully done the procedure many years before both agreeing then and now that the counsellor was not particularly helpful). The thrust of this new procedure was that it was less driven by trying to figure out what in their mutual troubled childhood pasts had made them both attracted to each other but also too scarred by those experiences to let the past slip away against their love for each other. So the counselling would spent each session looking for “today” ways that they could relate to each other and hence the “wine date” idea. Simple but effective since they previously either had a going out date or they did not really relate to each other in the vast amounts of time over the previous few years when both have effectively retired from the workaday world. Eric found the sweet wines a way to relax (a problem that as we shall find was the crux of what went south in the current lowering of the boom).

Oh sure Eric as he told his friend Peter a few days later when the initial shock had worn off a bit he and Mona had had their problems over the previous few years but they were supposed to be working on getting closer like with that wine date business. For several years before that they had definitely been drifting apart, had become in his term “roommates” and hers “ships passing in the night” until one day on U.S. 5 just outside of San Diego he had exploded at her in the car telling her they couldn’t keep going on the way they were going, something had to give. The underlying reason for his outburst though was that he had kindled up a relationship with an old high school classmate whom he did not know in school but whom he had met on-line when he was searching for information about his high school class reunion that was coming up. In the back of his mind he was half-way ready to quit the whole thing himself. After that incident it had gotten pretty heavy with that old classmate but when push came to shove, when he was confronted with the thought of total separation and good-bye with his sweet pea he had backed off. The price for that thought, the price that he was willing to pay to stay with Mona was to go into couples counselling in which he gave what he thought, and more importantly she thought, was good faith effort to reconcile their differences, her grievances against him. That was the source of the wine date idea provided by the counsellor as way they were to make connections in a quiet and cozy environment. Eric thought when Mona lowered the boom on him this time that a lot of what was driving her as much as her need to find her own path in life was deep and unspoken continued resentment over that “affair” with the old classmate.

The couples counselling went on for about a year until around the time they had gone to Paris, a place that she had never been to but had desired to go to since she was a young girl like a lot of romantic young girls sniffing the wonders of that town. They had had a great time there. But about a week after they came back Laura lowered the boom on him the first time. She wanted out under similar conditions to the latest episode. The result of letting him stay was for him to go into individual counselling which he agreed to do. He committed himself to a year in her presence but the year had not been up before this fatal night. That separation had been the last thing on his mind. Once he thought about Mona and his loss despite his good intentions Eric  couldn’t finish his story to Peter that night and maybe ever ….
Posted by american left history at 5:24 PM