The Latest From The Rag Blog-The Voice Of The Faded 1960s -Steve Earle: ‘Mississippi, It’s Time!’

With this song, son-of-the-South Earle aims to help convince the Magnolia State to eradicate the Confederate symbol from its flag. 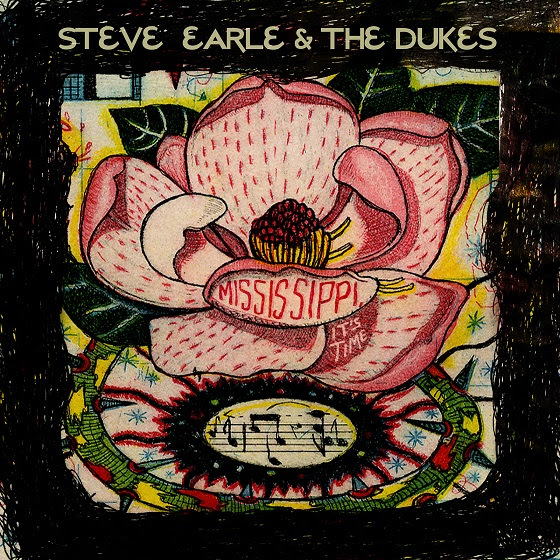 ‘Mississippi: It’s Time‘ is Steve Earle’s passionate musical response to the Confederate flag controversy.
By Michael Simmons | The Rag Blog | September 16, 2015
“It’s largely about empathy,” says Steve Earle of his mandate as a songwriter. “The job is about empathy whether you’re writing love songs or political songs.” The musician, author, actor, and activist’s newest song hit iTunes on September 11 and it clearly shows how empathy can be the prime motivation for the political. Entitled “Mississippi, It’s Time,” it’s his response to the Confederate flag controversy that flared following the church massacre of nine black Americans in Charleston, South Carolina, in June.
After photos of the serial killer brandishing said flag surfaced, both Alabama and South Carolina removed it from statehouse grounds. The last holdout is Mississippi which incorporates it in the design of their state flag. Son-of-the-South Earle is aiming to help convince the Magnolia State to eradicate the offensive symbol.
END_OF_DOCUMENT_TOKEN_TO_BE_REPLACED