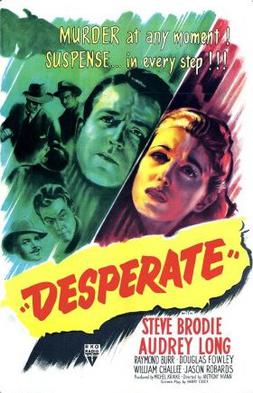 You know not every guy who did his service, did his military time and came back to what we who were in Vietnam during the 1960s called the “real” world couldn’t hack it, couldn’t back to the nine to five idea once he had seen enough craziness, had committed stuff he never though he would commit, and saw others do the same. Bad stuff all around. This publication has been filled with many sketches, even a few expanded pieces, detailing the experiences of a bunch of corner boys from North Adamsville and their troubles trying to readjust after their fucking war. I was one of the guys who had trouble, drifted in and out of towns, relationships, jobs, friendships, larcenies and drugs before I got my head screwed back on somewhere near the right way. Of course nobody associated with this publication in even an attenuated form can forget the toll that war business took on one Peter Paul Markin, the Scribe, who although we didn’t appreciate it that much at the time took his Vietnam time real hard. Not right away, but several years after having done an incredible job detailing the lives of a bunch of fellow veterans who were so bummed out by the world they came back to that they eventually formed an “alternate universe” down along the railroads and riverbanks of Southern California. Whatever haunted Markin, the Scribe, was just too deep for him to keep his own head on straight and he succumbed to serious drugs and treachery down in Mexico in the mid-1970s.

Like I said not every guy reacted the same way as I did, as Markin did and just went back to the real world and forgot about the past or at least didn’t let it get in the way. Probably most guys who served followed that road. And some guys, some straight-shooters still got fucked around with. Take the guy in Desperate, take Steve Brodie as straight a guy as ever wore shoe leather. Maybe the guys who came back from World War II were different from us, although the more stories I hear the more it sounds like the same old, same old only guys like my father and a couple of uncles kept it tightly under their lids. Steve came back after European Theater time, a few medals, a skill as a mechanic and truck driver to tide him over on cold night. Married a country girl from Wisconsin or one of those cow country places, started up his own small independent trucking operation in some Every town, they were, are legion. Hell, started out in a dinky cold water flat, didn’t even have a personal telephone but had to keep a stash of nickels like some rooming house joker which that country-bred blonde kept bitching about, had ideas about living in a ranch house and raising a parcel of kids and dogs. Sticking with his Anne, his love of his life through good times and bad. Then all hell broke loose, and he got caught in a grinder he couldn’t work his way out of.

The problem with Steve, like a lot of guys who are clueless about the ways of the world, is he couldn’t pass up a buck in order to help put up that down payment on his, their dreams. For fifty buck the world could toss and turn him around and spit him out. See the monthly payments, the bane of small dream guys, the truck insurance, or something was a little behind (Anne parceling out the weekly white envelopes each a little short in each bill packet, Jesus) so he took the job from an old friend, a guy from the old days back in the old neighborhood. Easy dough. Problem, problem is that old corner boy, a guy named Walt, but I knew him as Ray, Ray something, never got off the corner, always had to have the best of it, play every crooked angle. The job, the need a Steve truck job was a heist of some dark alley warehouse. Except things went awry as they do when you have small time crooks working the inside dope. Steve, once he knew the score took a pass, or tried to but the fate sisters weren’t rolling his way that night and he went for a fall. Worse, the botched job got a cop killed which meant the squeeze was on, somebody had to step off, take the big fall in the state pen for this one.

This is where thing gets weird. The guy who got caught, the actual cop killer, a guy named Johnny, something like that, was this small- time hood Walt’s kid brother. Walt had an unexpectedly strong fondness for this brother and didn’t want to see him get the chair, the electric chair sitting waiting for him. Ray, Walt wouldn’t dream of taking the sword himself even though it was his botched caper so he came up with the bright idea that Steve should take the fall. Nice guy. At least Steve had sense enough to put a big bite into that plan once he got free from Walt’s clutches. The problem was that Ray, no, Walt threatened to do bodily harm to his wife, to Anne of the nickels, if he didn’t play ball, tell the coppers he was the cop-killer. Jesus, again.  They had to blow town, blow town fast and without a lot of fanfare.

Steve had to get his Anne to safety especially when she told him she was pregnant, was with child (she would deliver a daughter on the run, nice way to start life). But Walt was relentless especially after a jury put an X next to Johnny’s name. No matter where they went Walt and his cronies caught up to them. Finally, on the night Johnny was to meet the grim reaper, was to what did Seth Garth call it in a recent film review of Fallen Angel hear the noise of wings very close Walt cloistered Steve and expected to have a join execution with Steve as the sacrificial lamb who would cleanse the world for Walt over his Johnny boy. After a little gunplay Walt took a fall, although Steve did too. Yeah, not every guy had trouble coming back to the real world from their respective wars but trouble came their ways no matter what.