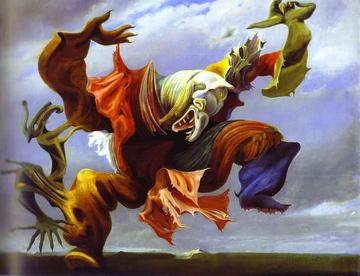 By Seth Garth
A few years ago, starting in August 2014 the 100th anniversary of what would become World War I, I started a series about the cultural effects, some of them anyway, of the slaughter which mowed down the flower of the European youth including an amazing number of artists, poets, writers and other cultural figures. Those culturati left behind, those who survived the shellings, the trenches, the diseases, and what was then called “shell shock,” now more commonly Post-Traumatic Stress Disorder (PTSD) which is duly recognized, and compensated for at least in the United States by the Veterans Administration in proven cases reacted in many different ways. Mainly, the best of them, like the ordinary dog soldiers could not go back to the same old, same old, could not revive the certitudes of the pre-war Western world with it distorted sense of decorum and went to what even today seem quirky with moderns like Dada, Minimalism, the literary sparseness of Hemingway, and so on. I had my say there in a general sense but now as we are only a few months away from the 100th anniversary of, mercifully, the armistice which effectively ended that bloodbath I want to do a retrospective of creative artistic works by those who survived the war and how those war visions got translated into their works with some commentary if the spirit moves me but this is their show-no question they earned a retrospective.

I don’t know that much about the Dada movement that swept through Europe in the early part of the 20th century in response to the creation of modern industrial society that was going full steam and the modern industrial scale death and destruction such mass scale techniques brought upon this good green earth by World War I. (Foreshadowed it is agreed by the industrial carnage at places like Cold Harbor in the American Civil War, the butchery of the Franco-Prussian War and subsequent river of blood by its own rulers of the Paris Commune and the Boer War.) The war to end all wars which came up quite short of that goal but did decimate the flower of the European youth, including vast swaths of the working class. Such massive blood-lettings for a precious few inches of soil like at the Battle of the Somme took humankind back more than a few steps when the nightmare ended-for a while with the Armistice on November 11, 1918. An event which in observing its centennial every serious artist should consider putting to the paint. And every military veteran to take heart including the descendants of those artists who laid down their heads in those muddy wretched trenches. Should reclaim the idea behind Armistice Day from the militarists who could learn no lessons except up the kill and fields of fire ratios.
I don’t know much but this space over this centennial year of the last year of the bloody war, the armistice year 1918 which stopped the bloodletting will explore that interesting art movement which reflected the times, the bloody times. First up to step up George Groz, step up and show your stuff, show how you see the blood-lusted world after four years of burning up the fields of sweet earth Europe making acres of white-crossed places where the sullen, jaded, mocked, buried youth of Europe caught shells and breezes. Take one look Republican Automatons. Look at the urban environment, look at those tall buildings dwarfing mere mortal man and woman, taking the measure of all, making them think, the thinking ones about having to run, run hard away from what they had built, about fear fretting that to continue would bury men and women without names, without honor either.

Look too at honor denied, look at the handless hand, the legless leg, the good German flag, the Kaiser’s bloody medal, hard against the urban sky. The shaky republic, the republic without honor, shades of the murders of the honest revolutionary Liebknecht walking across Potsdam Plaza to go say no, no to the war budget and grab a hallowed cell the only place for a man of the people in those hard times and gallant Luxemburg, the rose of the revolution, mixed in with thoughts of renegade burned out soldiers ready for anything. Weimar, weak-kneed and bleeding,  would shake and one George Groz would know that, would draw this picture that would tell the real story of why there was a Dada-da-da-da-da movement to chronicle the times if not to fight on the barricades against that beast from which we had to run.