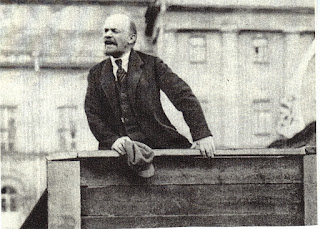 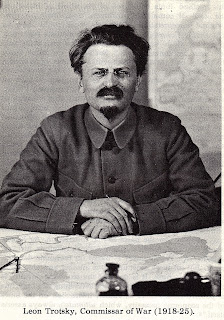 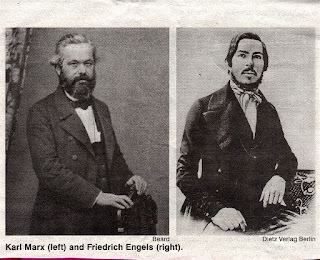 (Quote of the Week)


The Promise of a Socialist Society

(Quote of the Week)

In the selection below, Friedrich Engels makes plain how proletarian revolution opens the road to an emancipated future in which the productive powers of humanity are unleashed for the benefit of all mankind.

Their political and intellectual bankruptcy is scarcely any longer a secret to the bourgeoisie themselves. Their economic bankruptcy recurs regularly every ten years. In every crisis, society is suffocated beneath the weight of its own productive forces and products, which it cannot use, and stands helpless face to face with the absurd contradiction that the producers have nothing to consume, because consumers are wanting. The expansive force of the means of production bursts the bonds that the capitalist mode of production had imposed upon them.

Their deliverance from these bonds is the one precondition for an unbroken, constantly accelerated development of the productive forces, and therewith for a practically unlimited increase of production itself....

With the seizing of the means of production by society, production of commodities is done away with, and, simultaneously, the mastery of the product over the producer. Anarchy in social production is replaced by systematic, definite organisation. The struggle for individual existence disappears.... Man’s own social organisation, hitherto confronting him as a necessity imposed by nature and history, now becomes the result of his own free action. The extraneous objective forces that have hitherto governed history pass under the control of man himself.

To accomplish this act of universal emancipation is the historical mission of the modern proletariat. To thoroughly comprehend the historical conditions and thus the very nature of this act, to impart to the now oppressed class a full knowledge of the conditions and of the meaning of the momentous act it is called upon to accomplish, this is the task of the theoretical expression of the proletarian movement, scientific socialism.

As Isaac Deutscher said in his speech “On Socialist Man” (1966):
“We do not maintain that socialism is going to solve all predicaments of the human race. We are struggling in the first instance with the predicaments that are of man’s making and that man can resolve. May I remind you that Trotsky, for instance, speaks of three basic tragedies—hunger, sex and death—besetting man. Hunger is the enemy that Marxism and the modern labour movement have taken on.... Yes, socialist man will still be pursued by sex and death; but we are convinced that he will be better equipped than we are to cope even with these.”


Emblazon on our red banner-Labor and the oppressed must rule!
Posted by american left history at 4:52 PM