Check back here for updates throughout the day from the courtroom in Fort Meade, MD, where PFC Bradley Manning will discuss his submission of a guilty plea and discuss releasing documents to WikiLeaks. 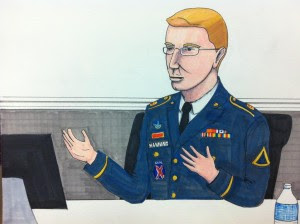