“Workers of The World Unite, You Have Nothing To Lose But Your Chains”-The Struggle For Trotsky's Fourth (Communist) International 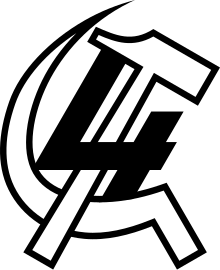 With that caveat in mind this month, the September American Labor Day month, but more importantly the month in 1938 that the ill-fated Fourth International was founded I am posting some documents around the history of that formation, and its program, the program known by the shorthand, Transitional Program. If you want to call for a fifth, sixth, seventh, what have you, revolutionary international, and you are serious about it beyond the "mail-drop" potential, then you have to look seriously into that organization's origins, and the world-class Bolshevik revolutionary who inspired it. Forward.
****
Posted by american left history at 3:42 PM