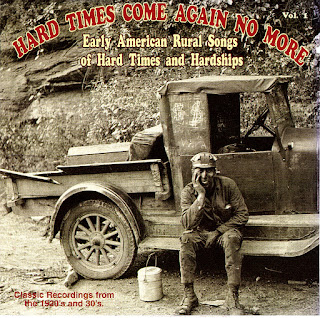 No one in Hazard, Hazard, down in Eastern Kentucky, Appalachia hard patch country which still has sections where the views would take your breath away just like it did those whose sense of wonder first brought them through the passes from the stuffed-up East, ever forgot the hard times in 1931, nobody. Not the coal bosses, actually coal boss since every little black-hearted patch belonged to Mister Peabody and company, who that year shut down the mines rather than accept the union, the “red union,” National Miner-Workers Union ( that “red” no euphemism since the American Communist Party was in its “ultra-left period of only working in its own “red” unions rather than as a faction of larger craft or industrial union) although Mister Peabody, given a choose, would have been under the circumstances happy to work out a sweetheart deal with John L. Lewis and his United Mine Workers. But the Hazard miners were a hard-nosed lot, certainly as hard-nosed as their more well-known cousins over in Harlan County who had songs sung and soft whispered words written about their legendary activities in taking on the coal bosses. (That cousin reference no joke since in hard times, and sometimes in good times you could not get a job in the mines if you were not vouched for.) Certainly no one in the Breslin clan ever forgot the 1931 hard times since they had lost a few wounded, a couple seriously in the skirmishes around the mine shaft openings  keeping the mines closed when the bosses, and not just Mister Peabody on that score, tried to bring in “scab” labor from West Virginia or Eastern Pennsylvania to work the mines.


Of course the Breslin clans, the various branches gathered over the generations had been in the hills and hollows of Kentucky as far back as anybody could remember. Somebody said, some Breslin “historian,” that the first Breslin had been thrown out of England back in the early part of the 19th century for stealing sheep and told never to return under penalty of death. And so he, Ike, or Icky, nobody even the historian was not sure which was the correct name hightailed it out on the nearest ship and wound up in Baltimore before heading west, ever westward as was the habit of lots of people, the plebes shut out of the big businesses and small craft shops by those whose people had come before, had come not long after the Mayflower, back then when the seacoast fame and fortunes were already locked and there was so much land to the west that it seemed a shame to see it go to another man, or his family.


So that first Breslin headed west and settled in the hills and hollows around Hazard, raised a big family, twelve who survived childhood and over a couple of generations helped populate the area. Here was the funny part, the part that would explain why there were still Breslins in Hazard after the land had petered out, and before coal was discovered as a usable mass energy source. Some of the Breslin clan had the wanderlust like old Ike/Icky and moved on when the land went fallow. Others took after that lazy, sheep stealing stay in one place part of the Breslin gene and refused to move expecting providence, or God, or something to see them through. The coal discovery to keep families from starvation’s door  helped but that didn’t change the sluggish no account ways of those who stayed, mostly.


No question there was a certain amount of in-breeding which didn’t help the gene pool but was to be expected when you had people living in isolated pockets, more men surviving than women after childbirth. Some of it was a certain “don’t give a damn” attitude-as long as something was on the table for supper, as long as the roof of the shack, and most of the Breslins lived in the ubiquitous shacks seen in photographs of the times by photographers like Weston and Arbus. Places, tiny places, one or two rooms, a living area, a bedroom area, no windows to speak of, not made of glass anyway maybe waxed paper, just holes on the sides to let in air, those sides of the building protected by tar paper, ditto the roof, a porch with some old pappy sitting in a rocker, a parcel of kids, half clothed, and a lifetimes worth of junk scattered around the yard. Maybe a mangy dog, maybe some poultry. Some of the problem was lack of any education, or anybody to teach them the niceties of the right way to do things. Fathers would tell their sons that they didn’t need any education to pick coal out of the ground. And for a couple of generations that worked out, nothing good, nothing but short, brutish, nasty lives but there it was.


That was the way it was in late 1930 in the Prescott Breslin clan, the great-great grandson of that original Breslin who had gotten himself unceremoniously kicked out of England. Living from hand to mouth with eleven children to raise like weeds. Then cousin Brody Breslin, who lived over in Harlan County, and was a son from the Jerimiah Breslin branch, came to organize for the NMU, for the “reds.” Organized the Breslins, the Johnsons, the Foxes and the Bradys mostly and when Mister Peabody refused to negotiate shut the damn mines down. Closed them tight, the Breslins took casualties to prove that point. And that was a very tough year as the company almost starved everybody out. But the union held, the companies wanted the coal produced and they settled (eventually with a lot of political maneuvering which nobody ever rightly figured out the NMU later joined the Lewis UMW and came under that leadership including NMU local president Brody Breslin).


So thereafter in the 1930s the Breslins worked the mines, mostly, mostly except when there was “too much” coal and the company stopped production for short periods to drive the price up. Young Prescott Breslin, Prescott’s youngest son (not everybody gave the first born son the father’s name down there and hence junior but the pure truth was that old Prescott and his tired-out wife couldn’t think of another name and so Prescott), in his turn at fourteen dropped out of school and went to picking coal in the mines like his forbears (remember the epitaph-“you don’t need no education to pick coal” mentioned above) in about 1933 and worked there until the war came along, until the bloody Japanese bastards attacked Pearl Harbor. Three days after, December 10, 1941, young Prescott left the mines and headed for Prestonsburg where the nearest Marine recruiting station had been hastily set up.


When his father asked him why he did such a foolish thing since there were still young Breslin mouths including sisters to be feed and since he would have been exempted from military service because there was going to be a tremendous need for coal Prescott kind of shrugged his shoulders and thought for a minute about the question. Then he answered his father this way; between fighting the Nips (Japanese) out in the Pacific and shoveling Mister Peabody’s coal he would take his changes on survival to a ripe old age with the Marines. And he never looked back with the slightest regret for doing that despite the later hardships that would dog his life including more misunderstandings with his kids than you could shake at.


Never looked back but as Prescott was leaving to head to boot camp a few days later he thought that it had not all been bad. There were those Saturday night dances down at Fred Brown’s old red barn where anybody with any musical instrument showed up and created a band for the evening playing the old mountain music songs carried over from the old country. (Stuff that a few spirited musicologists starting with Francis Child in the 19th century collected and made more widely known.) Dancing his head off with Sarah Brown, Priscilla Breslin, a distant cousin, and Betty Shaw. As he got older  getting high on Fred’s corn liquor, remembering how sick he got the first time drinking too fast and not remembering the motto-this was Kentucky sipping whiskey, mountain style, so sip. When he came of age getting up his liquor courage to “spark” Sarah, Priscilla and Betty in that order causing real sparks when they found out that he had had his way with each of them by shyly saying they were each the first. When he thought about that predicament he began to think maybe he would be better off taking his chances fighting the Japs on that front too. But he was a man headed out into the great big world beyond the hills and hollows of home. So he left for good never to return except right after he was discharged from the Marines to pack up his few belongings not already passed on to some other siblings.


This is the way the younger Prescott Breslin told the story to his youngest son Josh in 1966 when they were still on civil speaking terms as he was heading out into his own world leaving in the dust Olde Saco his growing up time up in Maine. (Prescott had been stationed at the Portsmouth Naval Base before being discharged, had met and married Delores LeBlanc from Olde Saco after meeting her at a USO dance in Portland and settled into that town when he returned from that brief sojourn back home.) And this is the way Josh remembered what his father said fifty years later. Yeah, those times in 1931 sure should have been hard. Hard like his father’s fate would be later. Damn, hard times come again no more.
Posted by american left history at 6:30 PM