The Lady In The Bell Jar-The “One Life: Sylvia Plath” At The National Portrait Gallery

The Lady In The Bell Jar-The “One Life: Sylvia Plath” At The National Portrait Gallery

I have known the name Sylvia Plath for a long time, maybe since the time of her suicide when I was still in high school and my senior year English who was a great influence on all her charges especially about literature was pretty broken up about that tragic event. While I may have known about Sylvia Plath and her well-known (and still well-known) book The Bell Jar and of her poetry in those days what she had to say, what poetry she wrote did not “speak” to me.

How could such a sensitive soul (but also much else as the exhibit at the National Portrait Gallery points out including a sense of humor, a wry sense) speak to a hard-bitten corner boy whose literary heroes if he had any centered on guys like Ernest Hemingway and F. Scott Fitzgerald.  Tough guys writing for a tough hard-shell world. Even later, college later, when I had a girlfriend who was crazy for whatever Ms. Plath wrote (she did her senior thesis on Ms. Plath if I recall) and who endlessly coaxed me to at least read The Bell Jar I bucked her. (Needless to say that relationship did not last too long). It was not until later, not until after a whole bunch of Army experiences during the Vietnam War kind of broke a lot of my youthful prejudices did I finally read her work. That is when I got why that Plath-crazed young women was so insistent that I take the plunge. And it is not too late for you as well. 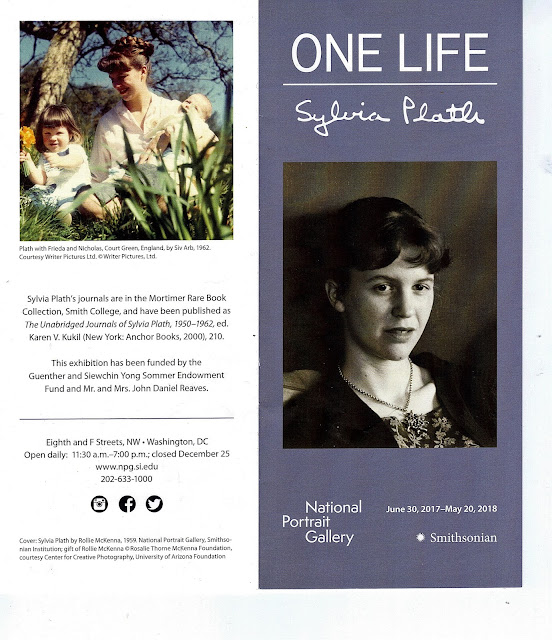 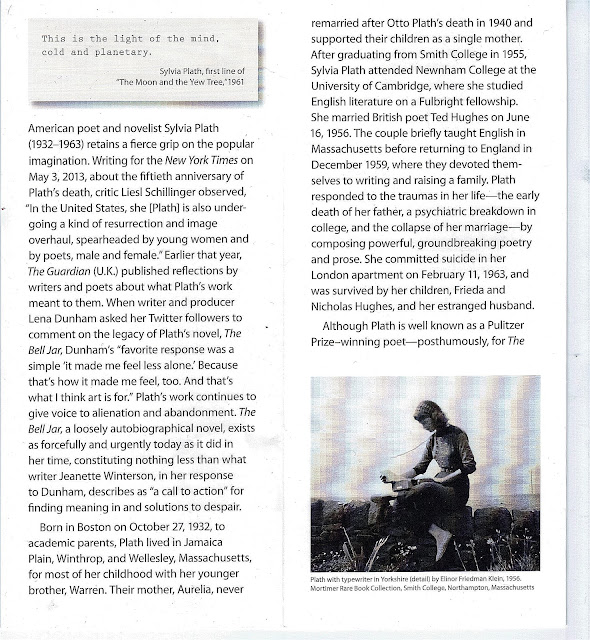 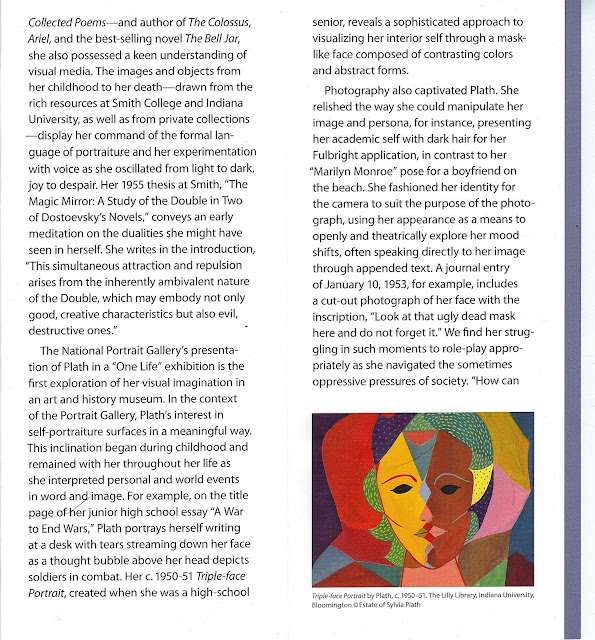 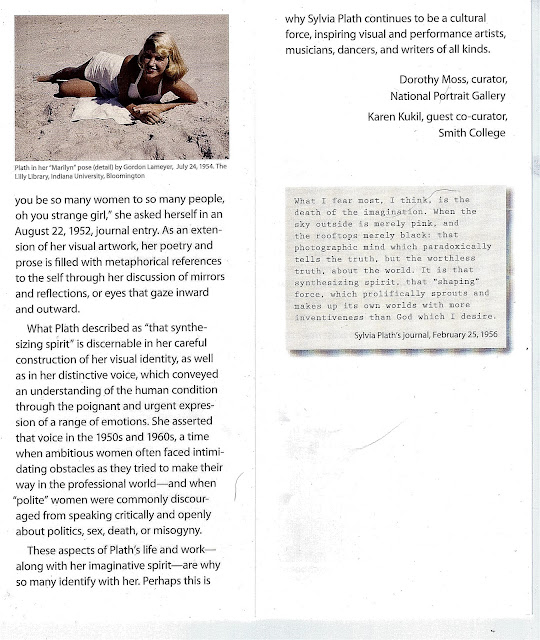 Posted by american left history at 10:11 AM