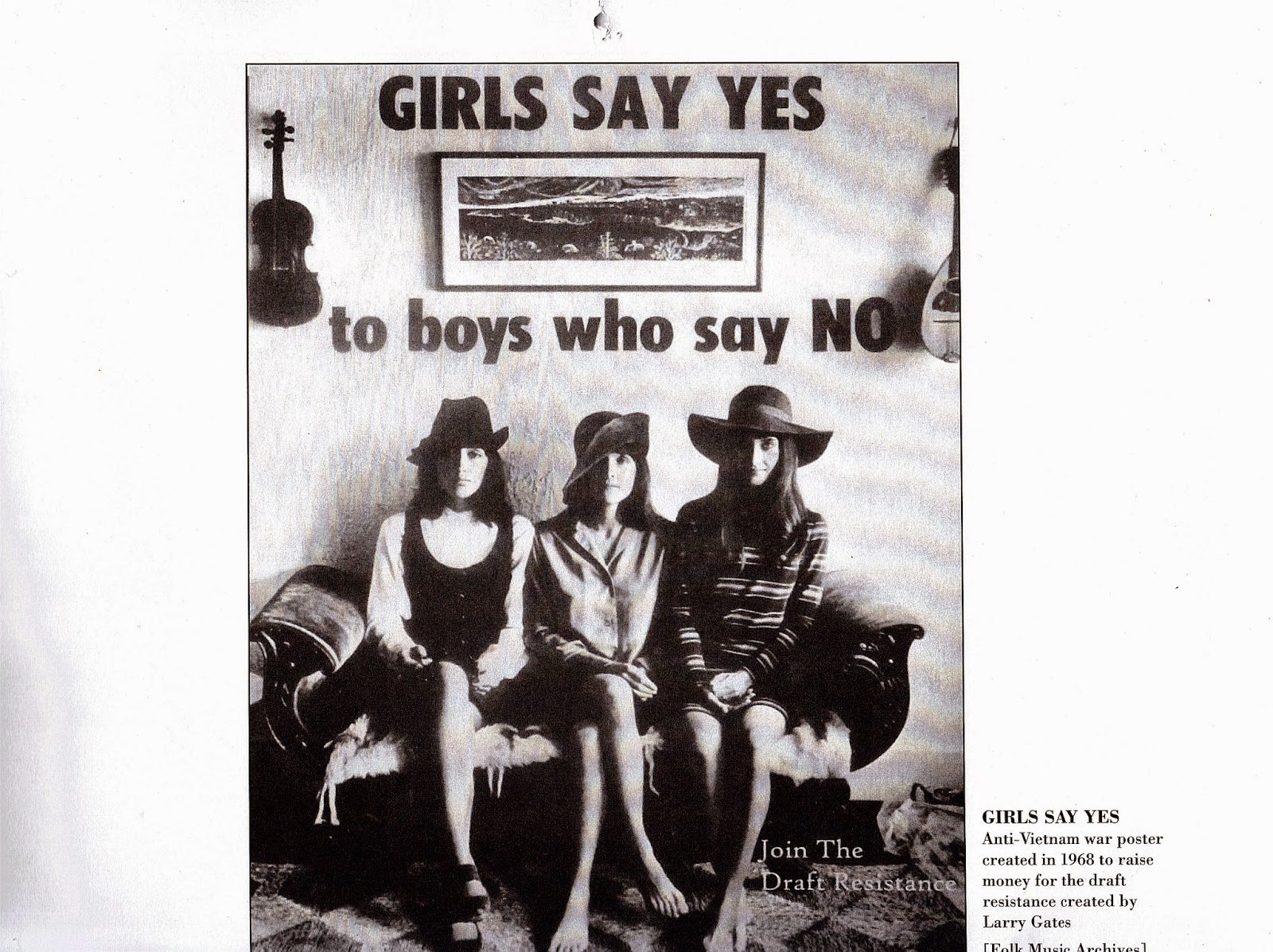 Start in with the mid-1950s if you like, which is where Frank liked to start dating his own sense of the new breeze coming through although being a pre-teenager then he told Jack he would not have had sense enough to call it that, with the heat of the black struggle for some semblance of civil liberties down South in the fight for voter rights and the famous desegregation of buses in Montgomery and the painful desegregation of the schools in Little Rock (and some sense of greater  equality up North too as organizations like the NAACP and Urban League pushed an agenda for better education and housing). Also at that same time, and in gathering anecdotal evidence Frank had found that these too are a common lynchpin, the first break-out of music with the crowning of rock and roll as the wave of the future (black rhythm and blues, scat, rockabilly music all mixed up and all stirred up), and the “discovery” of teen alienation and angst exemplified by sullen movie star  James Dean, who lived fast, and died fast a metaphor that would work its way through youth culture over the next generation. (And throw in surly “wild one” movie star Marlon Brando in The Wild One and a brooding Montgomery Cliff in almost anything during those days, take The Misfits for one, to the mix of what they could relate to as icons of alienation and angst .)
An odd-ball mix right there. Throw in, as well, although this was only at the end and only in very commercial form, the influence of the “beats,” the guys (and very few gals since that Jack Kerouac-Neal Cassady-William Burroughs-Allen Ginsberg mix was strictly a male bonding thing) who listened to the guys who blew the cool be-bop jazz and wrote up a storm based on that sound, declared a new sound, that you would hear around cafés even if you did not understand it unlike rock and roll, the guys who hitchhiked across the American landscape creating a wanderlust in all who had heard about their exploits, and, of course, the bingo bongo poetry that threw the old modernists like T.S. Eliot and Ezra Pound out with a bang.
Then start to throw in the struggles against the old authority in places like Frisco town where they practically ran the red-baiters in the HUAC out of town (what Frank, and some of his friends although not the Carver corner boys except Markin, would learn to call “bourgeois authority working hand in hand with the capitalists”), the old certitudes that had calmed their parents’ lives, made them reach out with both hands for the plenty in the “golden age of plenty.”
Of course the biggest event that opened the doors for liberals, radicals, hell, even thoughtful conservatives was the sweet breeze coming down the road from Boston with the election of Jack Kennedy. Ike, the harmless uncle, the kindly grandfather, was for parents Frank wanted guys who set the buzz going, let them think about getting some kicks out of life, that maybe with some thought they would survive, and if they didn’t at least we had the kicks.

That event opened up a new psyche, that it was okay to question authority, whatever the limitations and shortness of the Camelot times with the struggles against some hoary things like segregation, the death penalty, nuclear proliferation, the unevenness of social life which would get propelled later in the decade with fight for women’s liberation, gay liberation, and the fight against the draft, the damn war in Vietnam that drove a nail into the heart of Frank’s generation. A river of ideas, and a river of tears, have been, and can be, shed over that damn war, what it did to young people, those who fought, maybe especially those who fought as Frank got older and heard more stories about the guys who like him didn’t make it back to the “real” world after “Nam, didn’t have a sweet mother Quaker lady like Frank to save them, those guys you see downtown in front of the VA hospitals, and those who refused to, that lingers on behind the scenes even today.
There were more things, things like the “Pill” (and Frank would always kid Jack who was pretty shy talking about sex despite the fact that he and Chrissie, his high school sweetheart, had had four kids when he asked what pill if you need to know what pill and its purpose where have you been) that opened up a whole can of worms about what everyone was incessantly curious about and hormonally interested in doing something about, sex, sex beyond the missionary position of timeless legends, something very different if the dramatic increase in sales of the Kama Sutra meant anything, a newer sensibility in music with the arrival of the protest folk songs for a new generation which pushed the struggle and the organizing forward.
Cultural things too like the experimenting with about seven different kinds of dope previously the hidden preserve of “cool cat” blacks and white hipsters (stuff that they only knew negatively about, about staying away from, thru reefer madness propaganda, thru the banning of some drugs that were previously legal like sweet sister cocaine and taunt Nelson Algren hard life down at the base of society in films like The Man With The Golden Arm), the outbreak of name changes with everybody seemingly trying to reinvent themselves in name (Frank’s moniker at one time was Be-Bop Benny draw what you will out of that the idea being like among some hipster blacks, although with less reason, they wanted to get rid of their  slave names)  fashion (the old college plaid look fading in the face of World War II army surplus, feverish colors, and consciously mismatched outfits and affectation (“cool, man, cool” and “right on’ said it all). More social experiments gathering in the “nation” through rock concerts, now acid-etched, new living arrangements with the arrival of the urban and rural communes (including sleeping on more than one floor in more than one church or mission when on the road, or later on the bum). They all, if not all widespread, and not all successful as new lifestyles all got a fair workout during this period as well.

Plenty of Frank’s kindred in retrospective would weigh the various combinations of events differently in figuring out how the uprising started just as plenty of them had their specific dates for when the tide began to ebb, when the mean-spirited and authoritarian began their successful counter-offensive that they still lived with for not taking the omens more seriously. (Frank’s ebb tide, as he had  described to Frankie Riley one time, was the events around May Day 1971 when they seriously tried, or thought they were seriously trying, to shut down the government in D.C. if it would no shut down the war and got nothing but billy-clubs, tear gas, beatings and mass arrests for their efforts. After those days Frank, and others, figured out the other side was more serious about preserving the old order than they were about creating the new and that they had better rethink how to slay the monster they were up against and act accordingly.)

Then Frank passed Jack a photograph that he had taken from a calendar put out by the New England Folk Song Society that his wife, Sarah, who worked to put the item out to raise funds for folk music preservation (see above) that acted as another catalyst for this his short screed, and which pictorially encapsulated a lot of what went then, a lot about “which side were you on” when the deal went down. This photograph Frank pointed out to Jack was almost impossible to imagine without some combination of that hell broth anti-war, anti-establishment, pro-“newer world” mix stirred up in the 1960s.
Three self-assured women (the “girls” of photograph a telltale sign of what society, even hip, progressive society thought about women in those slightly pre-women’s liberation time but they would learn the difference) comfortable with the loose and individualistic fashion statements of the day from floppy hats to granny dresses to bare legs, bare legs, Jesus, that alone would have shocked their girdled, silk stocking mothers, especially if those bare legs included wearing a mini-skirt (and mother dread thoughts about whether daughter knew about the pill, and heaven forbid if she was sexually active, a subject not for polite society, not for mother-daughter conversation, then she damn better well know, or else).
They are also uncomfortable about the damn Vietnam war, no, outraged is a better way to put the matter, that was eating up boyfriends, brothers, just friends, guys they knew in college or on the street who were facing heavy decisions about the draft, Canada exile, prison or succumbing to the worst choice, Frank’s choice if you could call his induction a choice what else could he have done gone to Canada, no,  military induction, at a heavy rate and they unlike their mothers who came through World War II waiting patiently and patriotically for their military heroes to come home, come home in one piece, have a very different sense of the heroic. A sense of the heroic going back to ancient times, Greek times anyway, when one group of women like their stay-at-home-waiting-for-the-other-shoe-to-drop World War II mothers demanded that their men come home carried on their shields if they had to rather than speak of defeat. Others, the ones that count here, refusing their potential soldier boys any favors, read sexual favors, okay, if they went off to war, providing a distant echo, a foundation to make their request stand on some authority, for these three women pictured there.
Frank wondered how many guys would confess to the lure of that enticement if they had refused induction. His own wife, quickly married at the time was if anything more gung-ho about stopping the red menace than his parents. Frank did not refuse induction for a whole bunch of reasons but then he did not have any girlfriends like that sweet mother Quaker woman later, who made that demand, his girl- friends early on, and not just his wife if anyway were as likely to want him to come back carried on a shield as those warrior-proud ancient Greek women. Too bad. But Frank said to Jack as Jack got up ready to head home to Hingham and Chrissie that he liked to think that today they could expect more women to be like the sisters above. Yeah, more, many more of the latter, please as Frank and his comrades in Veterans for Peace continue to struggle against the night-takers in the nightmare world of endless war.
Posted by american left history at 11:00 PM