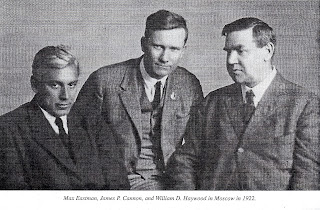 My yearly comment on behalf of the Holiday Appeal

I like to think of myself as a long-time fervent supporter of the Partisan Defense Committee, an organization committed to social and political defense cases and causes in the interests of the international working class. Cases from early on in the 1970s when the organization was founded and the committee defended the Black Panthers who were being targeted by every police agency that had an say in the matter, the almost abandoned by the left Weather Underground (in its various incantations) and Chilean miners in the wake of the Pinochet coup there in 1973 up to more recent times with the Mumia death penalty case, defense of the Occupy movement and the NATO three, and defense of the heroic Wiki-leaks whistle-blower Chelsea Manning (formerly Bradley) and more recently the courageous anti-fascist fighters who have been rounded up for protesting the alt-right, Nazi, KKK, white supremacist bastards.

Moreover the PDC is an organization committed, at this time of the year, to raising funds to support the class-war prisoners’ stipend program through the annual Holiday Appeal drive. Unfortunately having to raise these funds in support of political prisoners for many years now, too many years, as the American and international capitalist class and their hangers-on have declared relentless war, recently a very one-sided war, against those who would cry out against the monster. Attempting to silence voices from zealous lawyers like the late Lynne Stewart, articulate death-row prisoners like Mumia and the late Tookie Williams, the Anti-fa anti-fascist street fighters to black liberation fighters like the Assata Shakur, the Omaha Three and the Angola Three and who ended up on the wrong side of a cop and state vendetta and anti-imperialist fighters like the working-class based Ohio Seven and student-based Weather Underground who took Che Guevara’s admonition to wage battle inside the “belly of the beast” seriously. Of course a couple of years ago  we lost Hugo Pinell, George Jackson’s comrade-in-arms from the San Quentin Six to a murderous vendetta. Others, other militant labor and social liberation fighters as well, too numerous to mention here but remembered.

Normally I do not need any prompting in the matter. One year though, and it now bears repeating each year, after I read the 25th Anniversary Appeal article in Workers Vanguard No. 969 I was startled to note how many of the names, organizations, and political philosophies mentioned there hark back to my own radical coming of age, and the need for class-struggle defense of all our political prisoners in the late 1960s (although I may not have used that exact term at the time).

That recognition included names like black liberation fighter George Jackson’s present class-war prisoner the late Hugo Pinell’s San Quentin Six comrade; the Black Panthers in their better days, the days when the American state really was out to kill or detain every last supporter, and in the days when we needed, desperately needed, to fight for their defense in places from Oakland to New Haven,  as represented by two of the Omaha Three (Poindexter and the late wa Langa), in their younger days; the struggle, the fierce struggle, against the death penalty as represented in Mumia’s case today (also Black Panther-connected); the Ohio 7 and the Weather Underground who, rightly or wrongly, were committed to building a second front against American imperialism, and who most of the left, the respectable left, abandoned; and, of course, Leonard Peltier and the Native American struggles from Pine Ridge to the Southwest. It has been a long time and victories few. I could go on but you get the point.

And the class-war prisoners, our class-war prisoners, have had to face their “justice” and their prisons. And this, as well, as a quick glance at the news these days should make every liberation fighter realize; the difference between being on one side of that prison wall and the other is a very close thing when the bourgeois decides to pull the hammer down. The support of class-war prisoners is thus not charity, as International Labor Defense founder James P. Cannon noted back in the 1920s, but a duty of those fighters outside the walls. Today I do my duty, and gladly. I urge others to do the same now at the holidays and throughout the year.