Anna Riley my maternal grandmother was a great believer in the social message of the Catholic Worker movement, gave great credence to the essentially non-violent social change message that leaders like Dorothy Day had to say about pursuing the course. In my youth, my younger days, the idea of non-violent not passive like Tolstoy or even Gandhi but more on the assertive lines of the black civil right movement in the South that was unfolding before my eyes  seemingly every night on television held great sway over me. I have mentioned elsewhere that my very first public political street action demonstration had been a SANE-Quaker and other religious pacifistic organizations rally at historic Park Street Station on Boston Common around the struggle against nuclear weapons in the fall of 1960 (at a time when I was also campaigning like crazy to get one of our, Jack Kennedy, elected President, even though he was rattling the “missile gap” saber-go figure).


In retrospective those heady days when the black civil rights movement was carrying all before it were also the heydays of my belief in creative non-violent action. The time when whatever Doctor King and the other leadership said about bowing our heads before the aggressors held me in its thrall. Although, and here is my contradiction of the time if you will, I was enamored under the spell of my maternal grandfather, Daniel Riley, an ardent Irish nationalist of the struggle in Ireland that got its modern start around Easter, 1916. So let’s put it down that I was probably more tactically committed to non-violent actions (and under current circumstances still am with what I see of the disparity of forces on our side and leveled against us.


The great change, maybe of emphasis, maybe of getting older and wiser, and maybe, just maybe as a result of my truncated Army career which was a watershed of sorts since that service happened during the Vietnam War (where I didn’t go although I was 11 Bravo, an infantryman but that is a story also told elsewhere). The savagery of the American government against a small but real national liberation struggle which could not be fought any other way except under the gun led me away from even that previous total tactical acceptance that non-violent action could slay the evil dragon. And that stance has not changed much in the last forty years or so, although I wish those who can “keep the faith,” the faith of my youth, well. 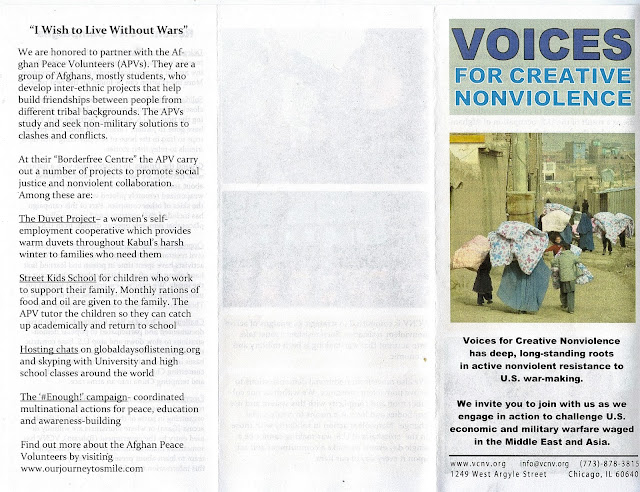 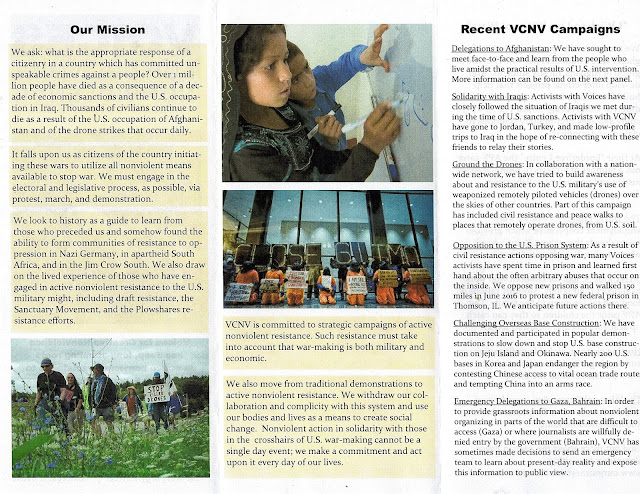 Posted by american left history at 8:50 AM