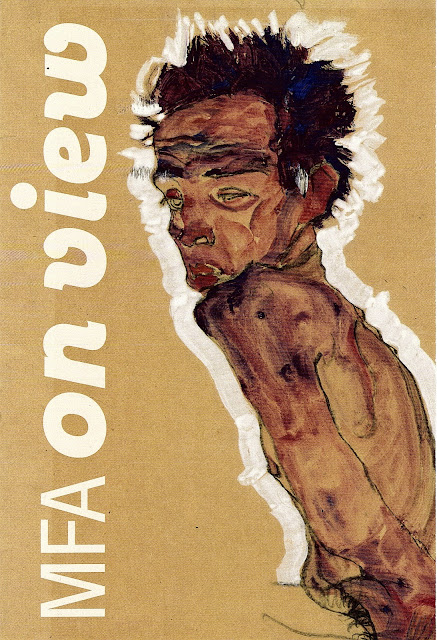 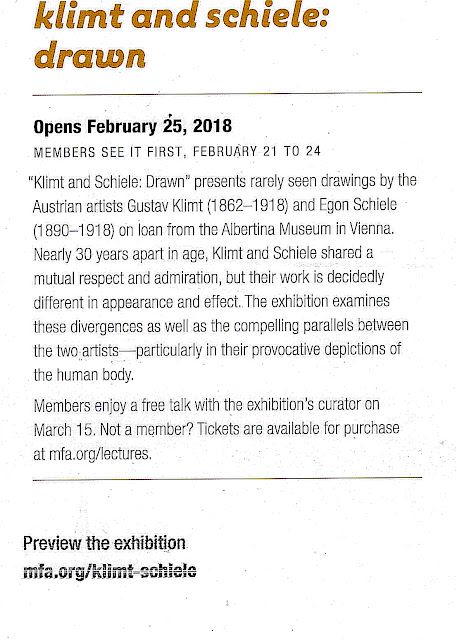 Cardinal and Nun (Caress), 1912, Egon Schiele.
Kneeling forms against an indeterminate background, two figures interlocked as one… perhaps this painting looks familiar? The work is a tongue-in-cheek play by Egon Schiele and a slightly sacrilegious homage to his master, Gustav Klimt’s The Kiss. Rather than love and passion, these religious figures are caught in the act, stiff against religious vow. The Kiss (Lovers), 1907-1908, Gustav Klimt.
The Mentor and His Star Pupil
With a nearly 30 year age difference, Schiele and Klimt had a mentor-student relationship that lasted throughout their artistic careers. From copycat styling to love triangle rumors, this twisted story is told in their paintings.
In 1907 a then-teenaged Schiele saw Klimt as an idol and sought him out. The two fostered an artistic friendship and elements of Klimt’s avant-garde style can be found in many of Schiele’s early works and drawings, including these: Left: Portrait of Gerti Schiele. Right: Standing Girl in a Plaid Garment. Both by Egon Schiele, 1909.
The Love Triangle with Wally Neuzil
Klimt’s influence was never far away. He introduced Schiele to many gallerists, fellow artists, and models, including the perhaps infamous Valerie (Wally) Neuzil. Neuzil had previously modeled for Klimt, and is rumored to have been his mistress. In 1911 she moved with Schiele to Krumau in the Czech Republic and thus began a four-year affair with him. In 1916 she returned to her old lover, posing again for Klimt. Left: Portrait of Wally, Gustav Klimt, 1916. Right: Woman in black stockings (Valerie Neuzil), Egon Schiele, 1913.
In fact, Schiele slyly alludes to this shared love in his 1912 painting The Hermits. The artist depicts two male figures in a Klimt-esque embrace, who on second take appear to be the mentor (on the left) and student (on the right) themselves. Dressed in all black, these two “hermits” are one mass but two thin white lines in the background connect the couple to a wilting rose, red like the color of Neuzil’s fiery hair.
Muse Shared, Again?
Klimt and Schiele portraits also reveal another shared subject: Viennese society woman Friederike Maria Beer-Monti. She rang Klimt’s doorbell in 1915 and asked if she could pose for his artworks. The process took six months and, in that time, she is rumored to have been one of his many flames. Just one year earlier, she had been the subject of a work by Klimt’s mentee.

Left: Portrait of Friederike Maria Beer-Monti, Egon Schiele, 1914; Right: Portrait of Friederike Maria Beer-Monti, Gustav Klimt, 1916
Both artists were notorious for their affairs with women. Klimt, who never married, is said to have fathered 17 children with his muses. Schiele often found himself in hot water with the authorities for his choice of studio visitors, children and adult, who posed nude.
Breaking Conventions in Art, Too
As personal relationships grew more interconnected so did their artistic styles. The bright colors and elongated bodies in Klimt’s unfinished The Bride and the more jagged lines and gestural coloring in Schiele’s Portrait of Dr. Erwin von Graff would lead their contemporaries to a new – and more personal – way of thinking about color and form in art.

Left: The Bride, Klimt, 1917; Right: Portrait of Dr. Erwin von Graff, Schiele, 1910.
With a relationship based on mutual respect, Klimt and Schiele continued to support and guide each other through the art world. There was an obvious amount of humor between the two; only a prized pupil could have gotten away with such sheer parodies of his mentor.
And, by the way, here’s a more banal portrait of Wally that her artists’ paintings didn’t show: