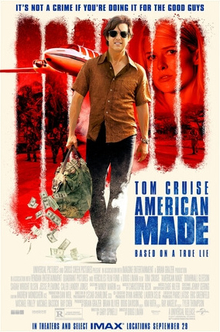 If you are going to be a drug smuggler you had better be the best liar, con man, sell-out artist you can be otherwise you are going to wind up in some dirty, dusty back road someplace with a couple of slugs in your head and an unmarked grave in some stinking potter’s field far from home. This I know. All of this the lying, conning (including to close long-time friends), selling-out and falling down in some abandoned arroyo south of the border happened to my old time high school friend Peter Paul Markin (the real Markin not Allan Jackson who formerly headed the operations at this publication and took the Markin moniker as an on-line identity-and nobody complained). Yeah, Markin fell under the bus after making it through not unscathed in Vietnam and was never quite the same especially when that golden age hippie minute evaporated under the counter-offensive of the night-takers who have been running the show in this country ever since. But Markin was small time, was just trying to feed his serious cocaine habit at the end (a no-no if you are smuggling and tasting the product at the same time) when he made a fatal move to go “indy” down in Mexico and got nothing but two slugs in the head and a potter’s field grave for his efforts.

Which brings us to this so-what based on fact true story about a serious upscale TWA commercial flight go by the book pilot Barry Seal with a taste for the wild side, for the dough side, who converts to drug smuggler extraordinaire in the film under review American Made.
Of course. any time you have a story line involving the CIA, drug cartels, the DEA, Contras and who knows who else you should hold onto your wallet. This is not supposed, at least in the director’s eyes, to be a biopic since Tom Cruise as the lead character Barry Seal, the late Barry Seal and the real one were very much unlike and moreover the story-line holds together better if it is told as on screen. So take the plot for what it is worth but know that Barry had a taste for the wild side beyond the bags full of money he was making in his very useful skilled profession as an ace pilot.

You need a scorecard in any case to work through the cons, lies etc of this one. Barry an unhappy TWA pilot with a gaggle of kids and a good-looking wife meets up with the CIA who need some help with the troublesome growing insurgencies in Central and South America. Barry buys in if the price is right and the plane is fast. Then the CIA wants him to be the bag man for their guy in Panama. Which leads to the fatal collusion with the very interested drug cartels starting their big-time cocaine runs heading north. Naturally through all this Barry is living high off the hog and a charmed live. Until. Until things go awry as he expands his operations and is caught. Not good for a gringo with much information to offer to save his own skin. Vaya con dios Barry once the cartel sends its hit men north. See, high end or low like Markin when you play with that fire it is every person for him or herself. A nice swift moving action film which Mr. Cruise is well-known for with a shade bit more nuance in the role than the usual bang-bang operations he is cinematically involved in.

Posted by american left history at 9:03 AM